When my eldest daughter was 11, I noticed several girls from her soccer team were wearing Ugg tall boots. I tried not to judge, but found myself feeling a little, well, judgmental toward the girls' mothers. While Ugg boots are warm and perfectly acceptable footwear—especially for Alaskans trudging through winter—they also are very expensive and, let's face it, a status symbol. I couldn't help but think critically of the moms who were slipping their young daughters' feet into a pair of $200 boots.

Karma bites hard. At the beginning of this school year, my 8th grader begged me for a pair of Ugg boots. She had prepared a list of reasons why she needed them, including warmth, versatility, and comfort—but I knew her main motivation for owning a pair was that everyone else was wearing them. I'm not going to elaborate further, other than to say that she was near tears and desperate to fit in.

Then I put on my best poker face and said, NO. I told her that I thought they were ugly, that I abhor peer pressure, and that I refuse to pay that much money for her still-growing feet. I also brought up the fact that she possessed exactly $200—a sum of money she had been saving from Christmas gifts, birthday cards, and babysitting jobs. If she really wanted a pair of Uggs, she would have to buy them herself.

She thought long and hard about whether she wanted to blow all of her hard-earned cash on one pair of boots. She finally decided to use her own money. 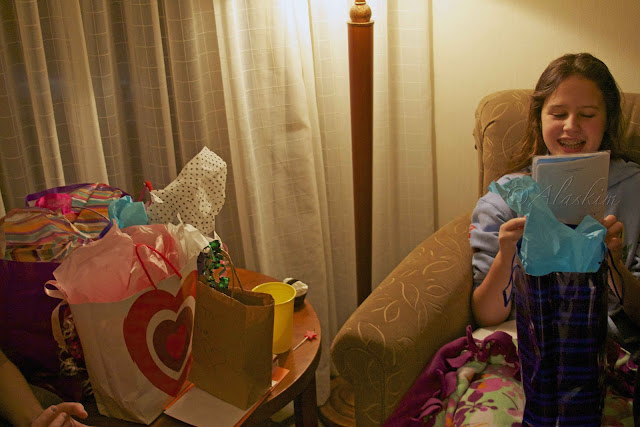 I have to admit that she's been mostly pleased with her decision. She wears the boots often and takes good care of them. I do believe that she appreciates them much more than if I would have purchased them for her. I still struggle, though, with the giving in to peer pressure and the coveting of status symbols.

My daughter recently turned 14, and will enter high school in the fall. I hope that I and my generically-clad feet can help my firstborn navigate the sometimes treacherous journey through teenage fashion.


Exactly one year ago:
Wrestling with My Bias

I'm trying to remember if my parents ever gave in to the many things I wanted as a teenager. Sometimes I think it never ends - what with adults having their Prada and Tiffany and all. But currently, I'm just as generically dressed as I could be.

That is such a tough time trying to keep up with the other kids. I remember those feelings myself, and I got a job so that I could buy the trends I wanted to buy. It's true that when they use their own money, they think longer and harder about which things they really, really want and which they can let go.

I am hoping JDaniel never gets into clothes or fancy sneakers. I am so glad I have hand-me downs to have him wear.

I didn't realize Uggs were that expensive.

I agree with you that they are too expensive for girls to be wearing to school and also that she would not have appreciated the value if you would have caved in and bought them.

I agree with you about the peer pressure. I wore perfectly generic shoes as a kid.

But I did get a pair of Ugg boots for Christmas that I love so much. Now, I completely understand why anyone would want them!