Who Are You and What Have You Done with My Daughter?

My 11-year-old is a bit of a flibberty gibbet, so when she announced that she wanted to attend camp this summer, I gently discouraged her. And by "gently discouraged," I mean that I stated firmly, "no way, kid." I proceeded to list her recent transgressions, including but not limited to UNMADE BED, UNKIND WORDS TO YOUR SISTERS, NOT LEAVING A NOTE WHEN YOU TAKE OFF ON YOUR BIKE, and NOT HELPING OUT AROUND THE HOUSE. Then I mentioned her past transgressions: falling out of a tree and breaking her arm when she was 8, getting lost at the sea life center when she was 4, and toddling out of view at the park when she was a baby. I also mentioned that she's only eleven, has never been away from home, and would become terribly homesick, when I may or may not have actually meant that Mommy would miss you too much if you were gone for an entire week.

Thus began a campaign of responsibility designed to prove to me that she is deserving of swimming in a lake, riding a horse, and sitting near a blazing fire. She began making her bed every morning, preparing breakfast for the family, and STARTING MY COFFEE. She and her friends set up a successful lemonade stand down on the main road. Her entrepreneurial spirit kindled, she typed up a flyer requesting odd jobs and rode her bike throughout our neighborhood distributing them to all the retired couples who might need some cheap labor. Sure enough, people started calling and putting her to work weeding their gardens and picking up trash and trimming raspberry bushes and sweeping decks. In one week, she earned $60!

After an entire season of playing soccer without making a single goal, she transformed into a scoring machine. She volunteered to take the twins outside and play with them. She asked her dad if he needed any help with yardwork. She asked me if I needed any help with housework. When we said sure! she completed her tasks without complaining. SHE ASKED PERMISSION BEFORE CUTTING HER OWN BANGS.

Our daughter convinced us that she is mature enough to handle a week away from home.


Exactly one year ago:
Our Very Own Cuckoo Clock

I don't know what it is about our family and monkeybars, but each of my four girls has been determined from a very young age to master them. We're talking 2 years old, trying to reach for the rings! This summer, the twins finally figured out how to keep their grip while swinging ALL BY THEMSELVES.

They're getting so big! And, no, the irony is not lost on me that my brave playground soldiers are still sucking their thumbs.


Exactly three years ago:
Things to Do with Your Kids This Weekend 13

On a Clear Day You Can See Forever. On a Hazy Day, Not So Much.

Our house is surrounded by birch, spruce, and alders. I love looking out at the trees, but I must admit that I miss the view of the mountains from the living room window of our previous home. Fortunately, a quick drive up the hill provides a vista of the water and distant mountain range.


* If you want to see an entirely different view of Alaska, check out Life Sentences, where Amy's husband is posting about his stay way up north in Kotzebue.*


Exactly one year ago:
The Fall Comes on Little Fireweed Feet

Busy as a Bee 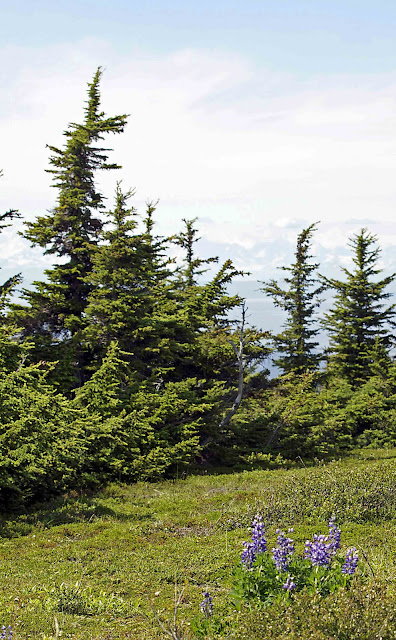 Beautiful patches of lupine currently dot the Alaskan countryside, so I thought I'd move in closer to practice some macro photography. 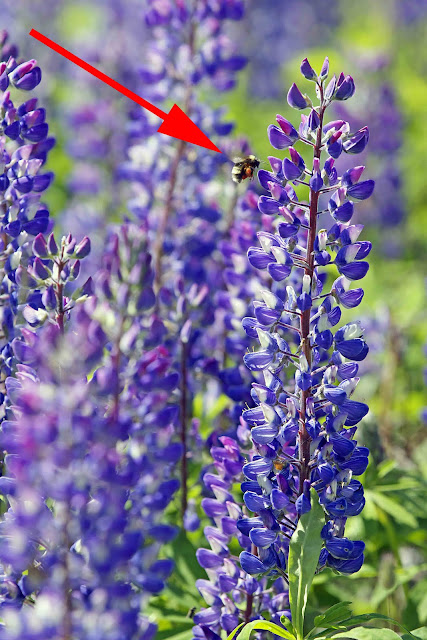 As I was focusing on a sprig of purple, a buzzing bee caught my attention. I have never seen a bee's legs so heavy with pollen. That must be where the expression "bee's knees" comes from—it's really impressive to see a tiny bee carrying around such huge, brightly colored sacs of pollen. Here, I'll show you a close-up: 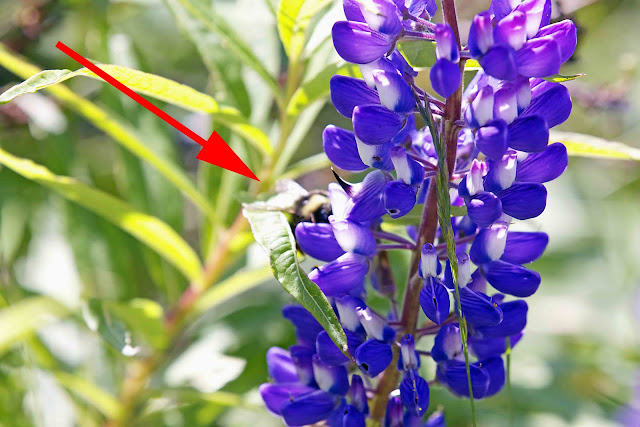 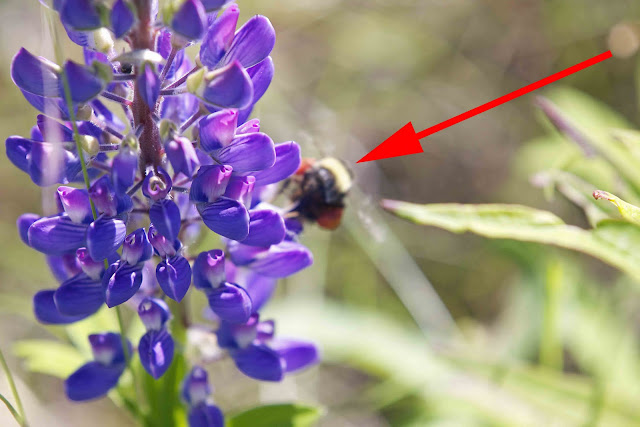 Dang it. There he goes again. BE STILL! 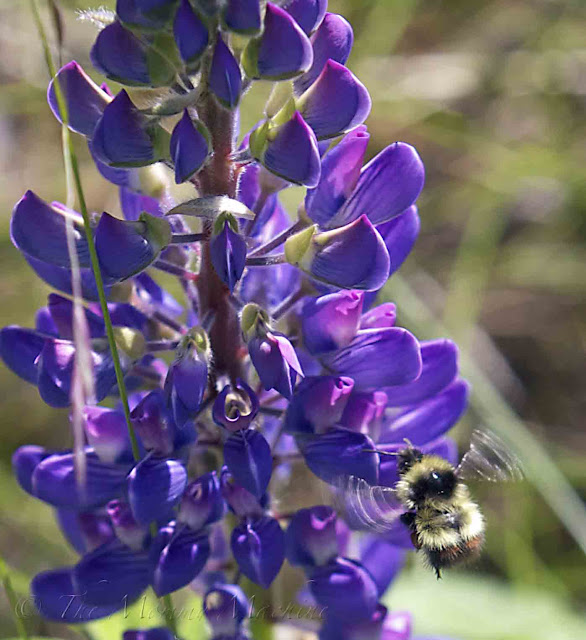 I guess a bee never rests. I'll have to settle for this shot. You can't see the pollen from this angle, but you can see how furiously his wings are moving.


Exactly one year ago:
You Talkin' to Me?


Exactly three years ago:
Things to Do with Your Kids This Weekend 12

I've noticed that with the onslaught of social networking sites like Facebook and Twitter and the prevalence of cell phones, kids are taking pictures of themselves and posting them everywhere. My peeve is with their weird come-hither expressions. Our youth seem incapable of smiling naturally for the camera; they photograph themselves mostly with their tongues sticking out . . . or with pursed lips . . . or flashing sideways peace signs.

Makes me long for the good old days when you had to sit still as a statue with a frown on your face for 5 minutes after the bulb exploded above the accordian camera. My own daughter, who is barely eleven years old, has taken up the practice of posing like an attention-starved diva just to irritate me. She took these shots of herself and her little sister on my cell phone and left them there for me to find: 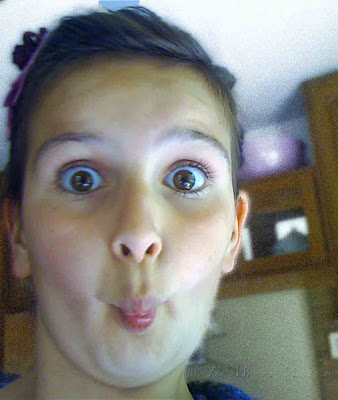 Is it even possible to purse one's lips more than this? 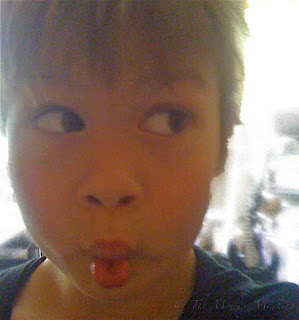 Why, yes, mother. It is very possible. 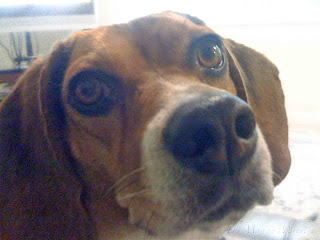 She's even got our dog posing like an idiot.
Or maybe that is Daisy's natural expression.
Hard to tell.


Exactly one year ago:
Beauty is Where You Find It

Exactly two years ago:
No Fun Like Balloon Fun

Exactly three years ago:
The Great Sippy Cup Rebellion of 2008

I reside in Alaska, which means I live in an igloo where snow blizzards rage year-round; however, yesterday was a gorgeous summer day up in the 70s, so our neighbors busted out their waterslide. 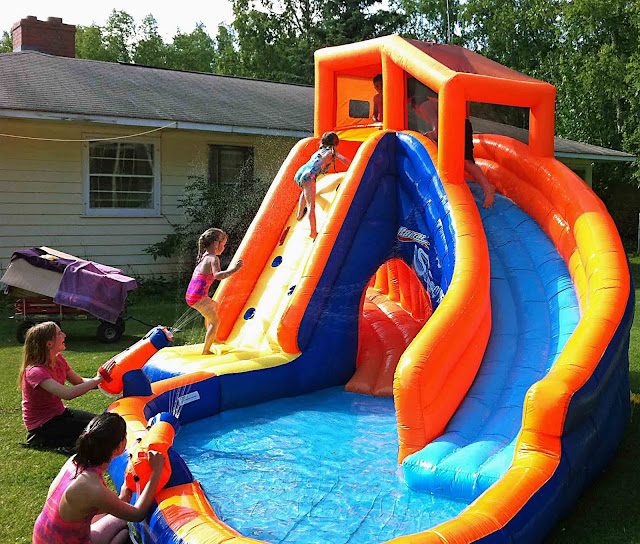 The kids got into a romping game of "Aliens," which involved chasing and shooting and lots of screaming in delight. 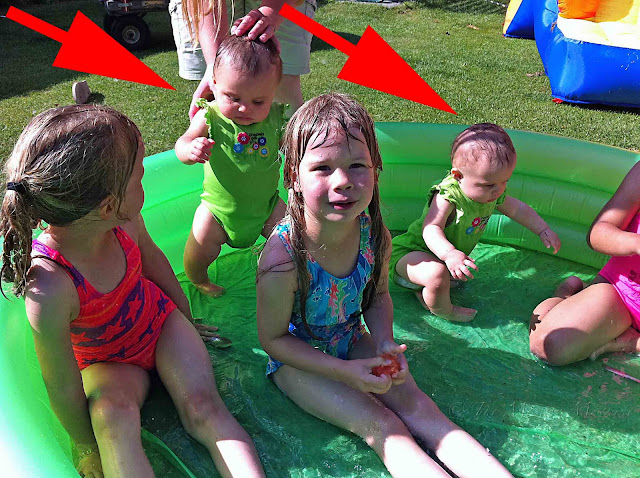 My 5-year-old daughters thought these twin babies were pretty cool and screeched, "They're twins, too! They'll grow up to be just like us!" I do believe I detected shudders of horror rippling through the shoulders of the other adults standing around in the yard. Yeah, well, enjoy the gentle splashing and matching swimsuits while you can, people. Your time for "Aliens" is coming.

Exactly one year ago:
Bound to Happen

Exactly two years ago:
Things I Learned Over the 4th of July

The twins recently turned five and received their first bicycles, which were their only gifts from us. Oh, wait. Except for the umbrellas that my husband purchased on a whim. Don't ask me why they need umbrellas on a cloudless summer day, but they sure do love playing with them. 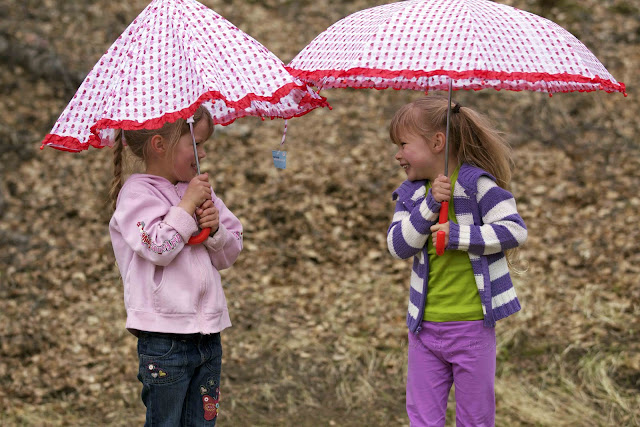 Exactly three years ago:
With a Spring in My Step

Email ThisBlogThis!Share to TwitterShare to FacebookShare to Pinterest
Labels: twins
Newer Posts Older Posts Home
Subscribe to: Posts (Atom)
" . . . look at this world with a happy eye but from a sober perspective."
—W.H. Auden