Do I Get Some Kind of Award?

School started today. I now have kids in each category: 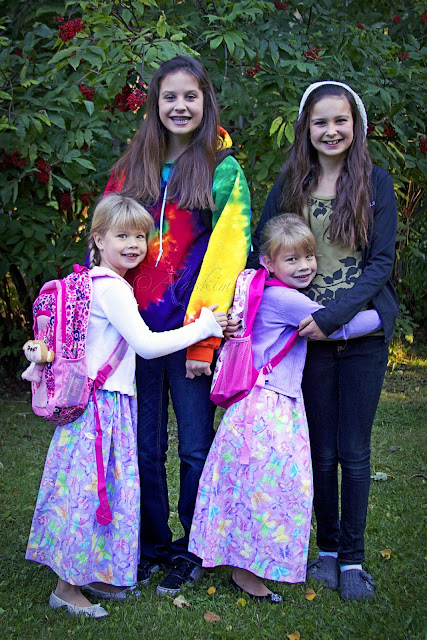 
Exactly three years ago:
Beauty is in the Eye of the Beholder

Per our family's annual tradition, we attended the Alaska State Fair over the weekend. I didn't take my good camera because it was raining, so pardon the blurry shots from my phone.

Our eldest daughter is proving herself to be a gaming genius. Or as George Costanzo would pronounce, jeen-ee-us.You know those carnival games that are impossible to win? She wins them. We thought it was a freak instance of luck when at age 6 she beat all the adults who were shooting at moving ducks, but she's continued to dominate as she's grown. 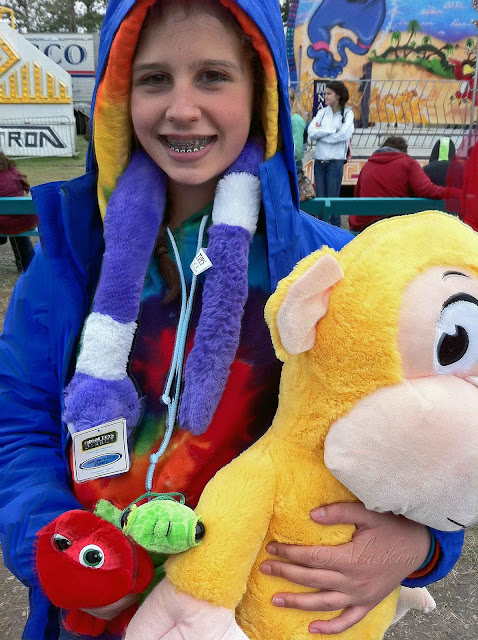 The rest of us plop down our money, miss the target, and walk away empty-handed. My daughter plops down her money, flings darts at balloons, and walks away with a huge yellow monkey.

The twins were obsessed with the farm animals, particularly the baby chicks.

I finally had to drag them away from the tub, so some of the other kids could have a chance to ooh and aah over the little cheepers.

As our husband led us over to look at the four-wheelers and R/V campers, we happened upon a booth containing a small group of face painting jeen-ee-us-es. The twins asked for the Jewel Princess look . . . 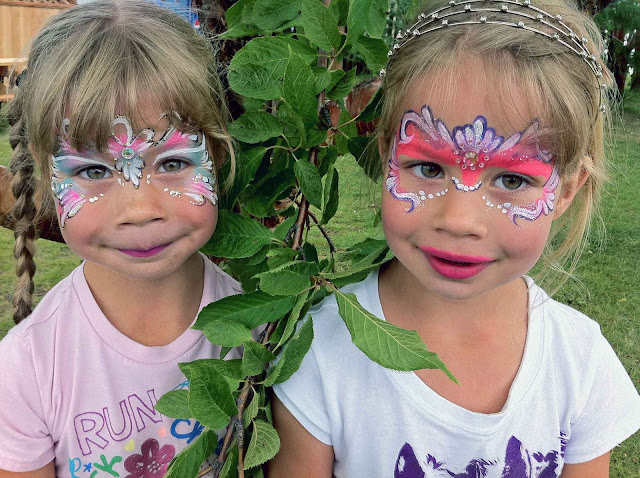 What an awesome job the make-up artists did (in about half the time and price as the other place we've used in the past). We'll be back to this booth next year!

A lot of men with guns in their holsters were fishing this area, so don't freak out as you watch. Had this bear started charging, which would have been VERY UNLIKELY, he'd have been taken down before he could reach the shore.

Grizzlies are a fairly common sight at the Russian River. Our friends camp here regularly throughout the summer and have lost count of how many bears they've seen. Basically, if you leave a bear alone, he'll leave you alone . . .

unless you keep your bag of Doritoes in the tent with you. Then you might as well kiss your tushy good-bye.

Exactly four years ago:
Summer's Not Over Yet

Email ThisBlogThis!Share to TwitterShare to FacebookShare to Pinterest
Labels: videos

Although my eldest daughter won't be starting high school for another week (*gulp* SHE'S GOING TO BE A FRESHMAN *gulp*), volleyball tryouts have already been held. The girls have been practicing for a couple weeks now, and the team participated in its first tournament of the season over the weekend.

You know me. I snapped a bunch of pictures of my child as well as of her teammates, thinking my daughter could post a couple on her Facebook page. Isn't that what kids do these days? Post pictures of themselves and their friends, and tag them, and whatnot?

My teenager told me in no uncertain terms that she absolutely would not display them. When I asked why not?, she simply said, "Because I don't want to."

Welcome to the high school years. 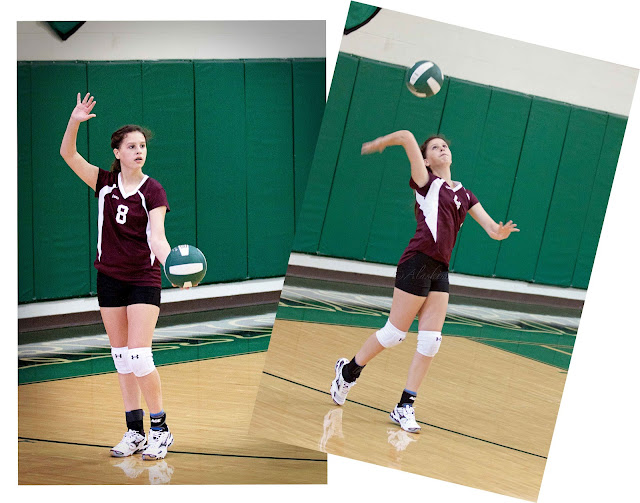 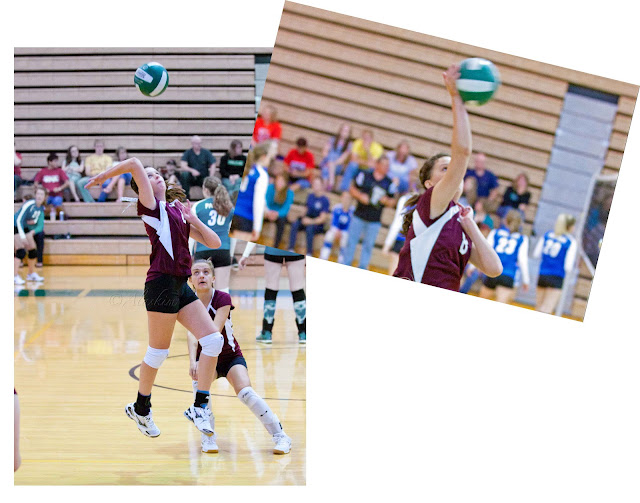 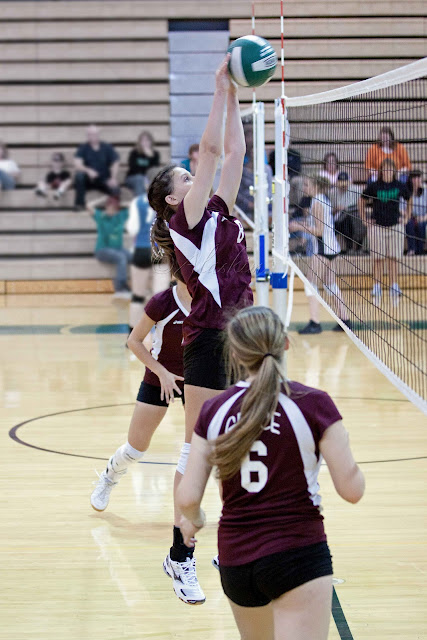 Exactly four years ago:
Two Types of Moms at McDonald's

Inspired by the Olympics

Mary Carillo recently presented a feature on Olga Korbut, and boy, did the memories flood back. The '72 Olympics were the first Olympics I can remember watching as a little girl, and I clearly remember Olga, her cute little pigtails, her big smile, and her amazing gymnastics. Her incredible performances prompted both my sister and me to beg our mom for gymnastic lessons, and she enrolled us in a class where we learned how to cartwheel and backbend and do the splits.

This summer is the first time that any of our kids have watched the Olympics. I don't know where we were or what we were doing four years ago, but it didn't include watching sports. This year is different. We've all been pulled into the fascinating world of elite athletes and their respective areas of expertise. I keep the TV on during the day, and we stop and watch depending on which events are being broadcast. My eldest daughter is hooked on women's volleyball and the twins love the swimming and the bicycling. (My middle daughter occasionally plops down to watch a gymnastics routine or a running race, but she's more interested in the Winter Olympics and will wait for the skaters.)

I've noticed that after she watches a volleyball match, my 14-year-old heads outsides and practices. She sees how long she can bump the ball without losing control and she works on her serves by batting the ball against the garage door (which drives me crazy, it's so loud, but I don't say a word).

Meanwhile, the twins have been working extra hard at their swim lessons. Just yesterday, the teacher remarked to me how much better they've gotten. Can a little girl really be inspired to improve her own athletic endeavors by watching Olympians compete? I think so.

I'm Not Kidding About the Wild-Haired Children

A couple months ago, a bear ambled past our family room window. Yesterday, a moose and her calf walked by. The baby was too quick for me to catch on camera, but I was able to snap a picture of the mama. 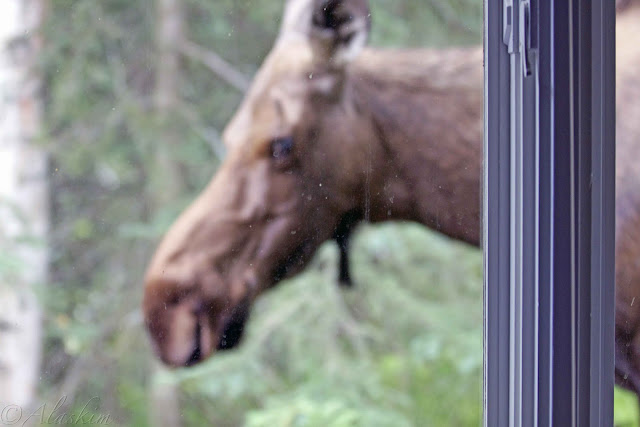 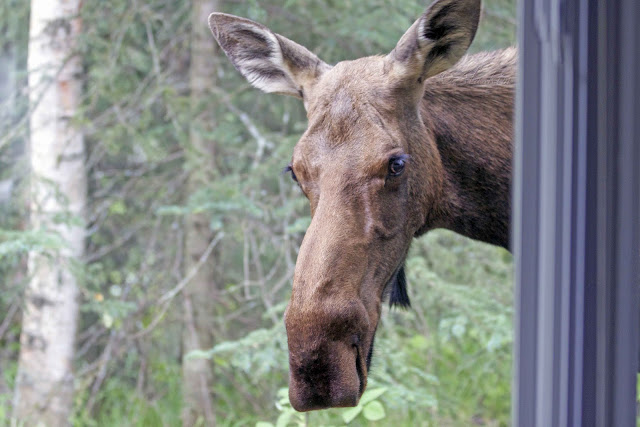 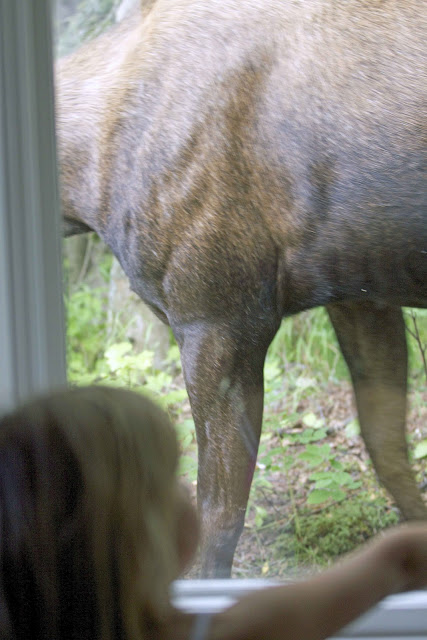 Kid! Get out of the way! I'm trying to take a picture of the moose. 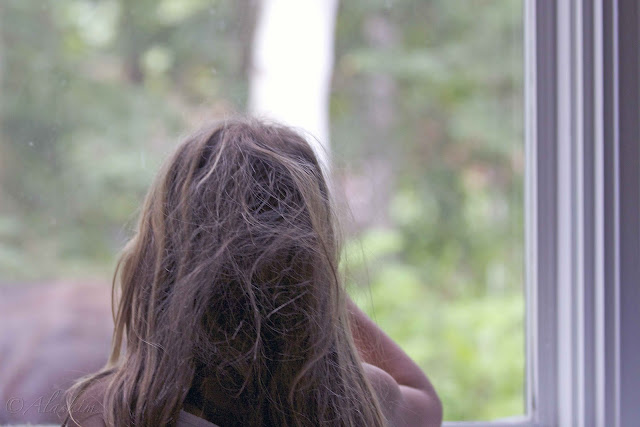 On second thought, forget about the moose. Ignore the dirty windows.
Let's go comb out that rat's nest.


Exactly one year ago:
Thinking of Grandma

Exactly four years ago:
Things to Do with Your Kids This Weekend

Email ThisBlogThis!Share to TwitterShare to FacebookShare to Pinterest
Labels: moose 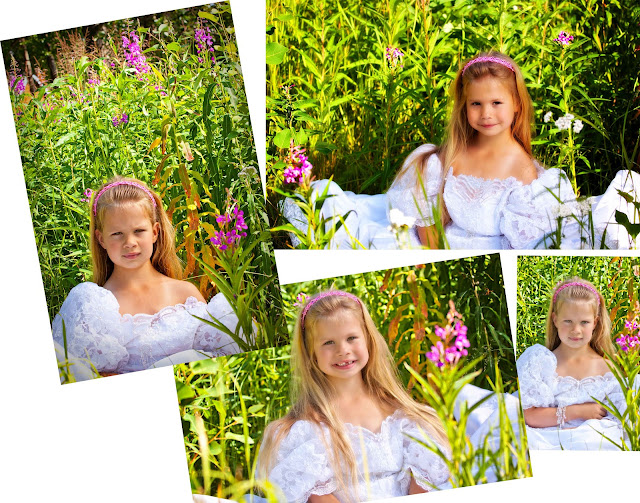 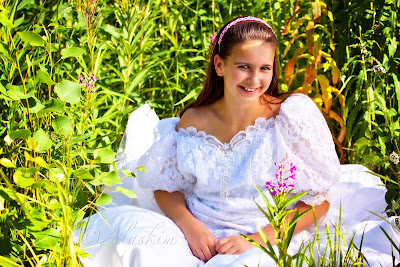 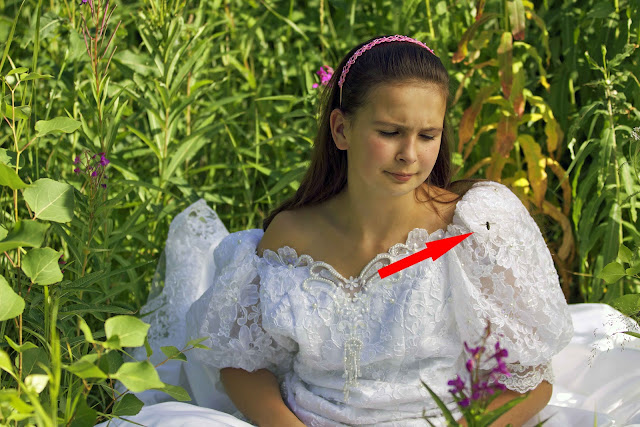 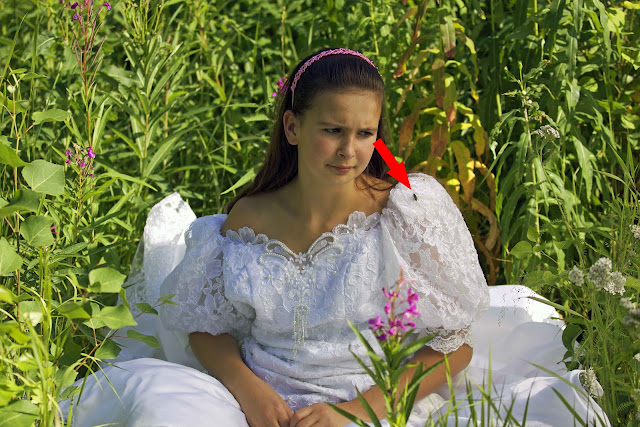 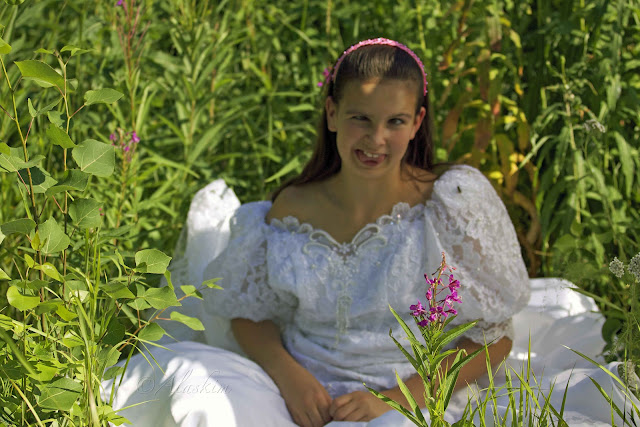 Medals I Could Win If These Were Olympic Sports:

BRONZE: Pinning an absurd amount of organization ideas, while sitting in the chair next to my "junk closet" that I haven't cleaned out in two years.

SILVER: 50-yard dash through the rain while holding child in one arm, cake platter in the other, purse over right shoulder, diaper bag over left shoulder, and pushing stroller by pressing my stomach into the handle and directing it with my hip bones.

GOLD: Avoiding commitment without ever once uttering the actual word, no, when someone corners me at church and asks if I can help out in the nursery

GOLD: Eating chips and salsa faster than anyone at the table. (I believe I could also set the World Record in this event.)

Exactly one year ago:
This Just In . . . Strange Child SMILES After Receiving Shot in the Arm . . .
Allows Nurse to Shoot Her a SECOND Time . . . Details at 11

Exactly four years ago:
Things to Do with Your Kids This Weekend

Email ThisBlogThis!Share to TwitterShare to FacebookShare to Pinterest
Newer Posts Older Posts Home
Subscribe to: Posts (Atom)
" . . . look at this world with a happy eye but from a sober perspective."
—W.H. Auden