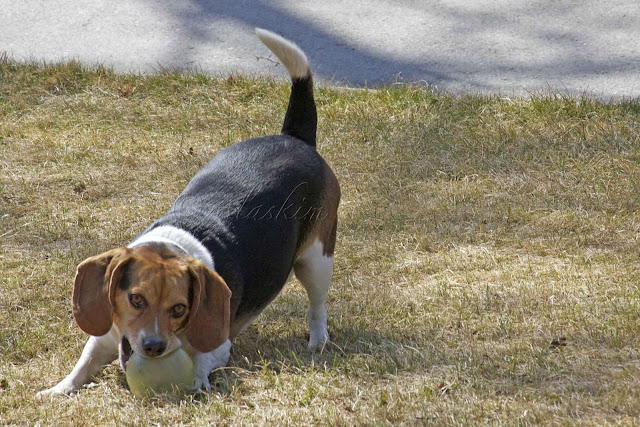 Our pleasingly plump beagle, Daisy, amuses herself by deflating one of the kids' toys. 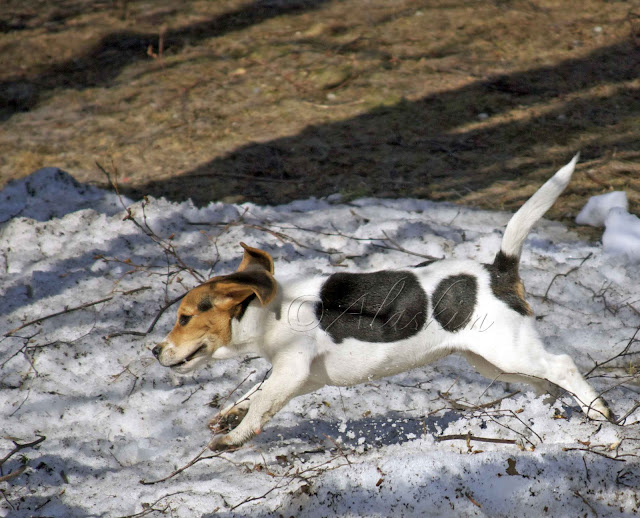 Lupine is four months old and a feisty little thing. She is quite talented at attacking snow.
She also ambushes shoes, shadows, and bits of paper. 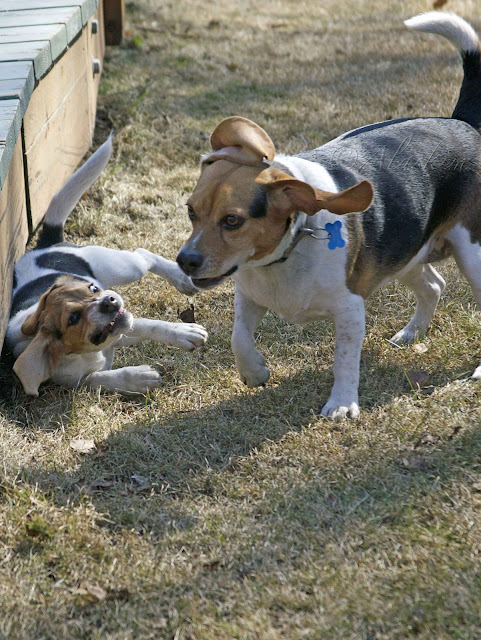 Watch out, Daisy. Lupine's coming for you next.


Exactly one year ago:
Patience, Patience

Exactly two years ago:
Gearing Up for Summer

Great pictures. Your dogs are cute.

I'll bet the dogs have a bit of spring fever!

I wonder if the dogs are getting along well now?

They sure are cute!

Ah, to live a life of perpetual vacation. They have it pretty easy, don't they?