When Life Gives You Lemons

This winter has been pretty blah. Not much snow. Cold. Icy. The kids have tried sledding, but the lack of fluffy snow has made it difficult, if not downright painful. Bumping over sharp chunks of ice can be bruising.

My 12-year-old came up with a brilliant idea. She's the figure skater in the family, so she's always thinking about ice. She asked my husband if we could make a rink in the backyard. They cleared away a large rectangle—which took all of 10 minutes, since we only had a few inches of snow—and then used the hose to begin adding water in a layering process.

Since the temperature hung at a chilly –5° over the weekend, they were able to make quick progress. A couple more layers and the kids will have smooth ice to skate on. 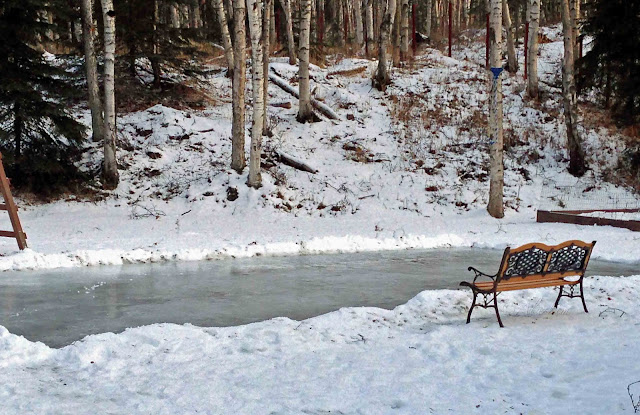 The area is larger than it looks in this photo, which isn't to say that it's Olympic-sized or anything, but it's big enough that all four kids can skate easily around each other.

Very cool idea. No pun intended. Hope it makes the long winter more bearable for everybody!

Jealous! Friends of ours did this growing up. I feel this will be a tradition each winter :-)

I saw some people do that when I was up in Quebec. It's such a cool idea!

Um, what about the smell?? So what was it?

We had one last year and it was great fun. This year, the flu, twice, beat us down.\

Now that sounds fun to me! Cold, but fun!