See that "Daily Proverb" listed over in the right column? It doesn't come from an automatic generator—I actually select a proverb that speaks to me in some way and type it out. Last week I came across Proverbs 13:12, "Hope deferred makes the heart sick, but a longing fulfilled is a tree of life." I hadn't thought of it in years, but that particular passage of Scripture reminded me of Dream Deferred.
What happens to a dream deferred?
Does it dry up
Like a raisin in the sun?
Or fester like a sore—
And then run?
Does it stink like rotten meat?
Or crust and sugar over—
like a syrupy sweet?
Maybe it just sags
like a heavy load.
Or does it explode?
Now I'm not going to get all Literary Crit on you. Please, it's not even six in the morning and I can barely manage to focus my right eye, let alone deconstruct a Langston Hughes poem. But reading that proverb and then this poem got me to thinking about my job as Mom, and how I'm doing in the Encouragement Department.
My eldest daughter doesn't really talk about her dreams. She lives them. For a stocking stuffer, my husband got her a small plaque that reads, "She believed she could, so she did." That philosophy perfectly describes my daughter's approach to life. She's such a confident little creature, it would be easy to let her go her own way without saying much. Her motivation for accomplishing her goals doesn't seem to rest on my praise, but I give it any way. Which usually results in a huge smile and a big hug, confirming my suspicions that that she does indeed need my support. 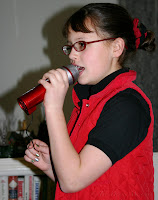 Currently she's in a songwriting phase. She's only 10 years old, so her lyrics aren't exactly comparing a dream deferred to rotten meat, but she's prolific. After writing her songs in a little notebook, she sits down at the piano and plinks out melodies until she gets them just the way she wants them, and then makes us listen a hundred times.
I grin and clap loudly after each performance, because after all, who wants a dried-up raisin for a daughter?
Then there's my 8-year-old, who's come up with all these detailed plans for her life. She talks my ear off about where she's going to attend college (Hawaii!), exactly how many children she will have (two!) and what their genders will be (one boy and one girl!), where she's going to live (New York City!), and how she's going to own an ice cream store. 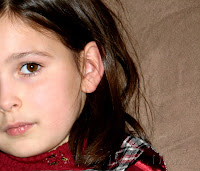 She goes on and on about this ice cream store—how she'll live above the store and how her kids can work in it, too. Sometimes I'm tempted to snort, an ice cream store?! I worked at an ice cream store when I was a teenager, and let me tell you, it's not that great! But I stop myself. Because I know of two young men who once told their parents that they wanted to own an ice cream store.
Those guys were named Ben & Jerry.
Dinner last night: chicken pot pie
Posted by Kim

Wow.... Yeah, I guess I need to work on the encouraging part of mommyhood. I'm going to ask my oldest what her dreams are tonight.

M & P : Thanks so much for popping in. Any friend of Fussy's is a friend of mine! And now I'm off to visit both of your blogs : )

I would encourage the lil entrepreneur to locate to a warmer climate so it can be a year round business. no florida!

I love hearing about your creative kiddos! I work at making my kids crazy dreams come true, as much as possible. It makes me one weary mommy sometimes! They have more ideas before my morning coffee, than I have in a week. Idea machines are they!