Fireworks in Alaska are never too exciting, at least on the Fourth of July, mostly because it's so light out. The full majesty and glory of bombs bursting in air is lost when the sun is still shining and birds are flying around. Still, we try. 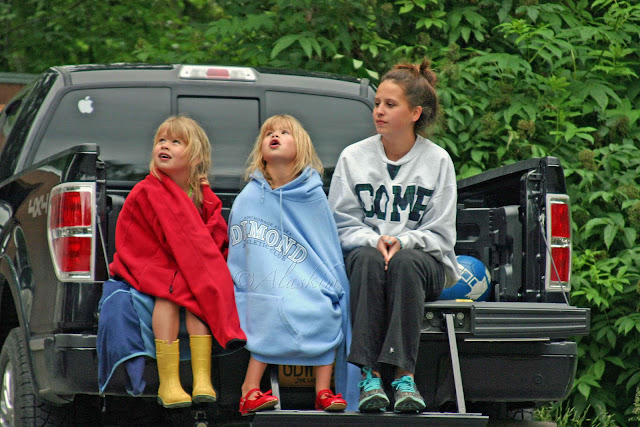 We headed outside at about 8:00 last night to shoot off some whistlers. 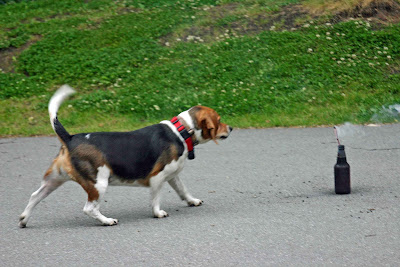 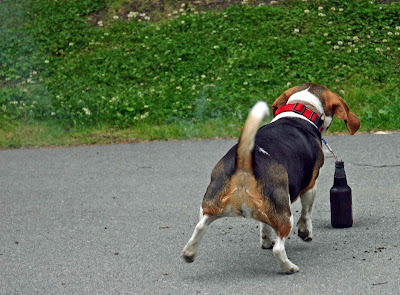 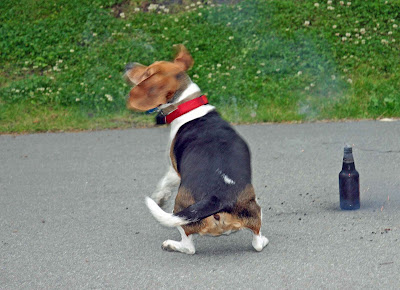 She lost an eye. JUST KIDDING.

That picture is awful, I know, because it looks like she's getting her face blown off by a firework, but she's actually snapping at the whistler, trying to catch it. Over and over again, as soon as my husband would light one, she'd run over, wait for it to shoot up, and try to catch it.

I finally dragged her inside and locked her in the house.

I hadn't thought about that aspect of it, the fact that it's not really dark where you are at this time of year. Just curious, but how much daylight do you have now? By 10:00 pm it's dark now here, with the sun up around, um, well, heh heh, I don't know because I'm not up that early! You must have some good blinds on your bedroom windows! Does it get depressing in the winter months?

That is a scary picture! Poor Daisy, sometimes you can't have both beauty and brains and we all know how gorgeous she is. Or maybe you can just say she was being brave and protecting you from the fireworks. Yeah, that's it! She's got Beauty, Brains, and Bravery, too!!

I was just wondering how the fireworks thing worked there. Glad the dog is okay.