They Say that Breaking Up is Hard to Do

I really thought this Spring's breakup would be a doozy. We received so much snow over the winter, I figured on some flooding when it all started melting. Remarkably, breakup hasn't been bad at all. I'm wearing my rubber boots when I walk the dogs, but the ground isn't much wetter or muddier than usual. 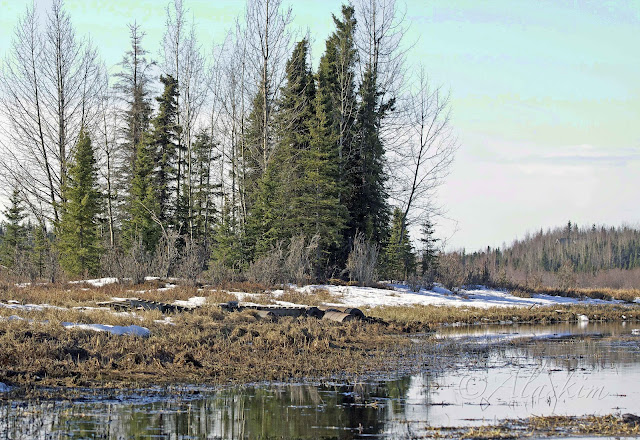 The birds are returning in large, honking flocks to the rivers and lakes. I tiptoed down to the edge of Moose River hoping to snap some photos of the many ducks and geese swimming around, but they all flew off. They're a little skittish, I guess, after their long trip.

A few ducks flew back in and began swimming toward the opposite riverbank. I waited and waited . . . and waited some more for a couple to swim a little closer, but I finally gave up, took my camera apart, and packed it into my rucksack. 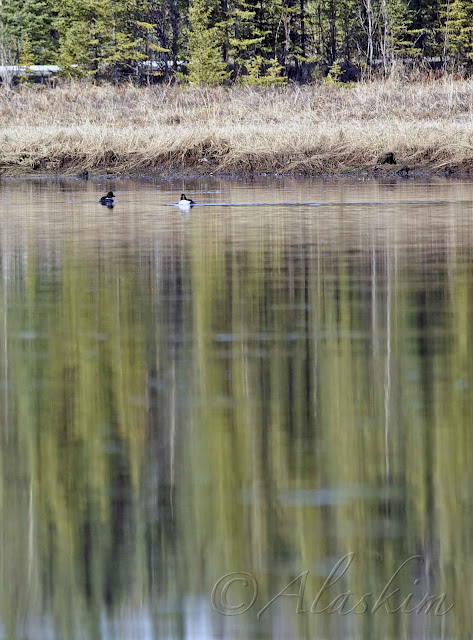 As I stood up and started to walk away, two huge swans took that very moment to glide in for a water landing. Thanks a lot, swans! I've got a bunch of pictures of ducks in the distance that I will never look at again while you float regally by in totally anonymity. Next time, swans. I'll get you yet!


Exactly one year ago:
Fun Overload

Such a beautiful landscape. You completely transported me for a virtual minute.

I'll look out for the swans on my next visit.

love love love that last photo...composition is to die for with the reflection in the water!

Your pictures are always so stunning! I feel like I've visited Alaska each time I look at your blog!!

What beautiful pictures! I am so glad you finally got spring.

My favorite part of winter was always the day when I realized the snow was starting to melt.